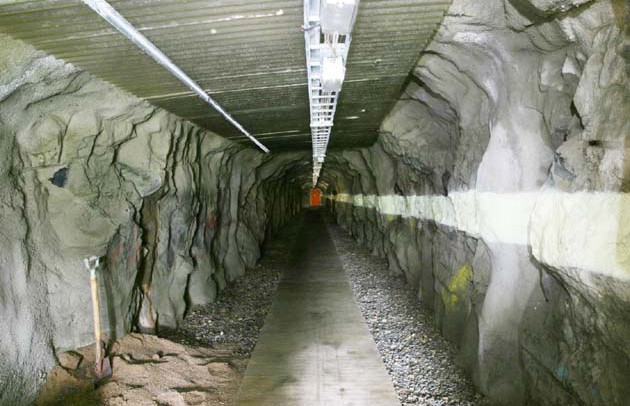 Ready in 1958 this is a cold war site in two levels with 270m2 each. This was the civil defence central for Nyköping town of some 30-35 000 inhabitants. Originally also for the regional government (länsstyrelse) and national telephone company. The operative part is on the upper floor. The lower is for kitchen, dormitories, generators and water supply. The staff was split into three shifts with a total of 90 persons. The dormitories were separate for male and female. Second entrance and EMP protection update in 1987.