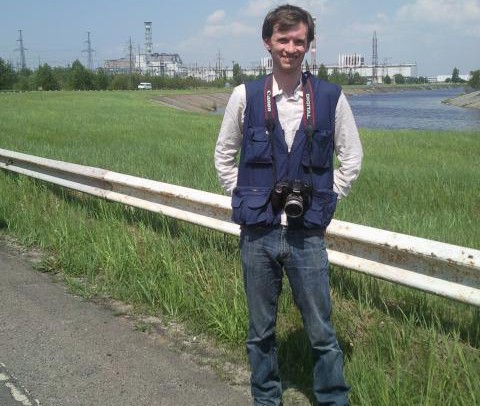 Check back to see the progress of a field bunkertrip to Ukraine.12th May06:10 – train arrives Nykoping station to take me to Arlanda airport. 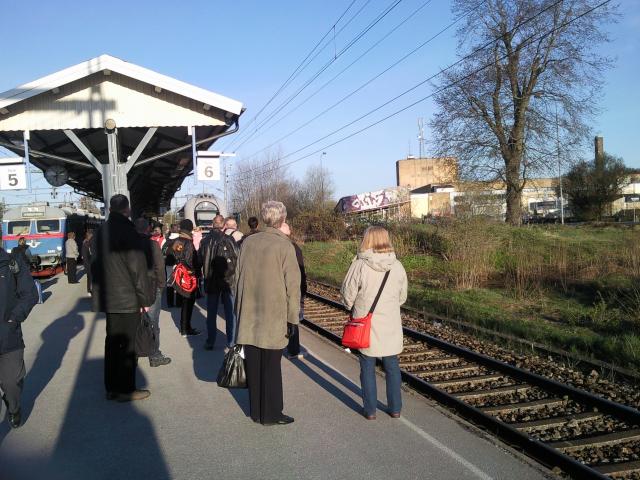 Plenty of time at Arlanda and fligth off at time as well. Flew over Uppsala and Norrköping air flotillias, as well as the airbase at Eskilstuna before entering clouds. Thai jumbo was at Arlanda, hopefully also on Monday when getting back so no volcano is stopping me. 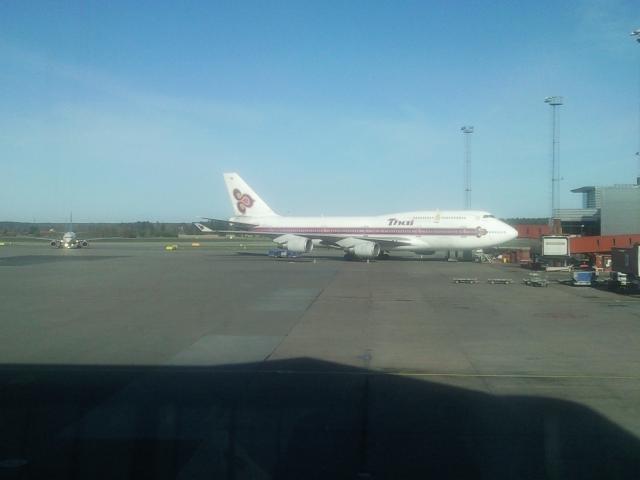 18:00 (local time)I’m now waiting for the rest of the gang to join at the airport in Kiev. They are an hour late so I have an hour left before anything happens.Probably the last report for today.13th MayMissions:* Play Springsteen’s “Roulette” on the mobile phone while in the Chernobyl inner zone.* Get out of the Chernobyl inner zone.19:00 – I’m now done with both these missions. After roughly 6h in the zone we are now quite beet in the minibus back in Kiev. An amazing and spooky day with loads of experiences and photos. It is too much to type from the mobile so I’m letting some pictures talk for themselves. 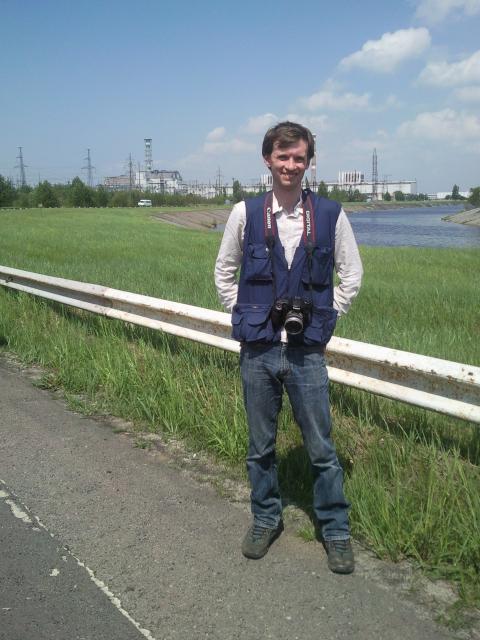 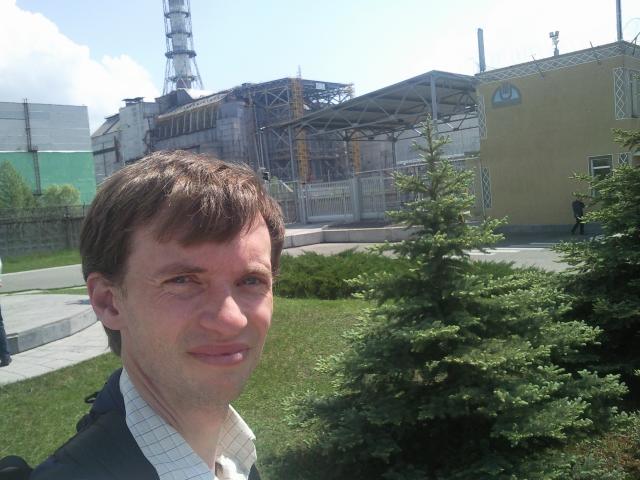 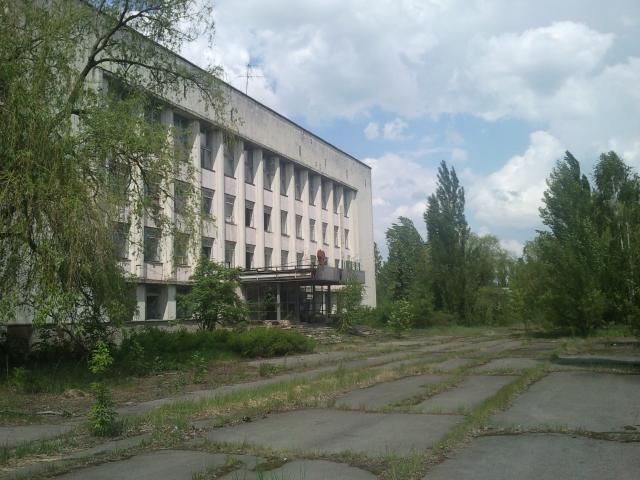 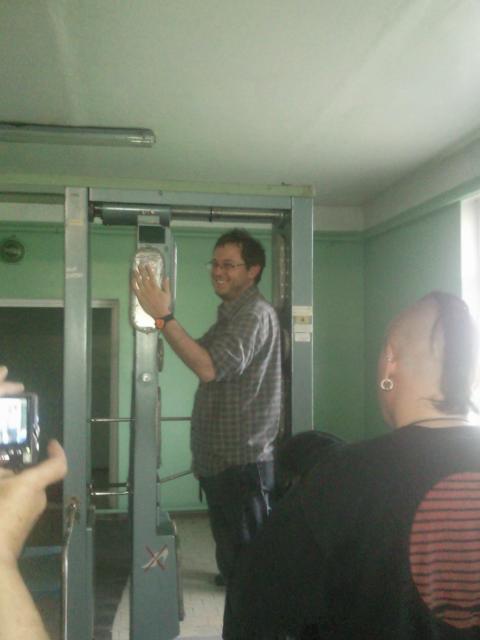 The evening went past quickly with a beer or two. Weather has been good, only one thunder and a short rain in the zone. Approx. 25 degrees. We stayed around Indepence quare where our Hotell Ukraine is. They actually shut the lights out at midnight on the square, hinting us to go to bed! Btw, if you are drinking a beer in the square, don’t forget the brown paper bag to hide the bottle!14th May09:30 – on a 350 km minibus trip to the missile museum. Crowded with all the luggage.20:30 – After 4h over and underground in a misile museum we are now waiting for the train down to Crimea from the town close to the museum. We are probably the first foreigners this year, or the look of the locals.Highlight today was the elevator down 35 meters in the missile command post.Missions:* Find the way to Pervomaysk missile base museum SW of Kiev.* Board the night train down to Crimea. 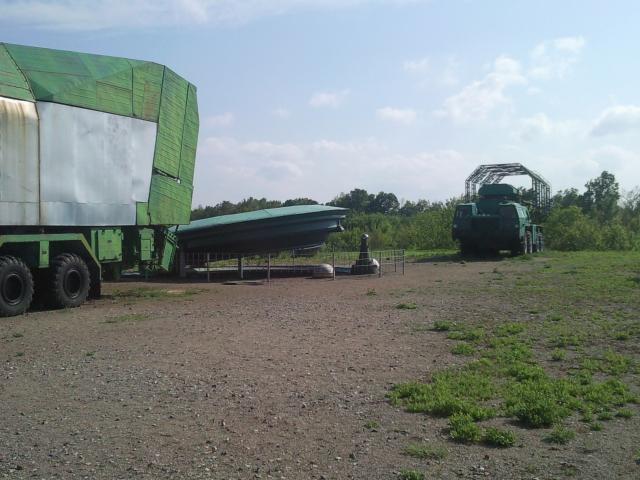 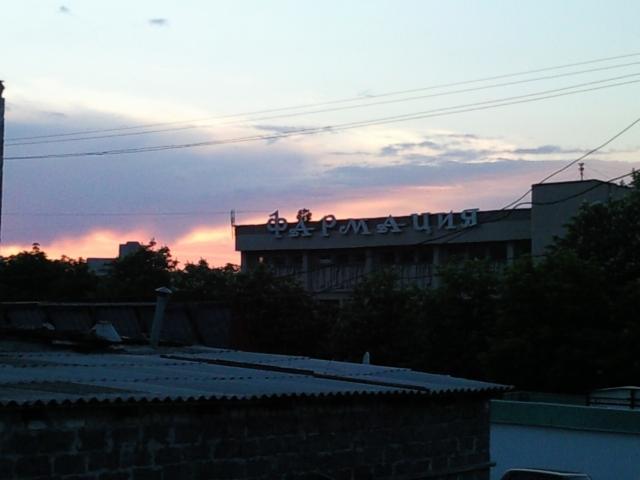 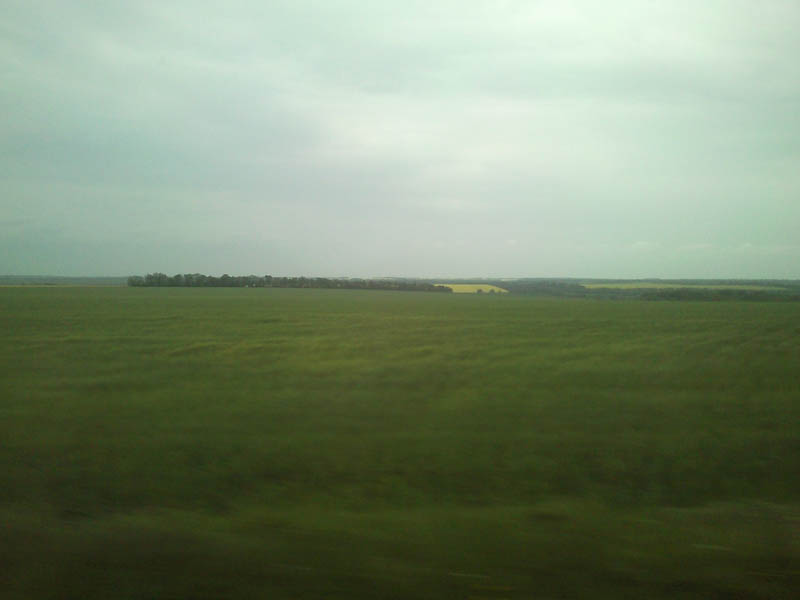 15th May088:30 – roughly one hour left through Crimea on a very budget sleeper. All bunk in the same big compartmengt, similar to old dormitories at Swedish youthhostels. Quite warm as well so we stayed up ungtil midnight in the end of our coach to get some fresh air.Missions:* Explore the submarine base at Balaklava. 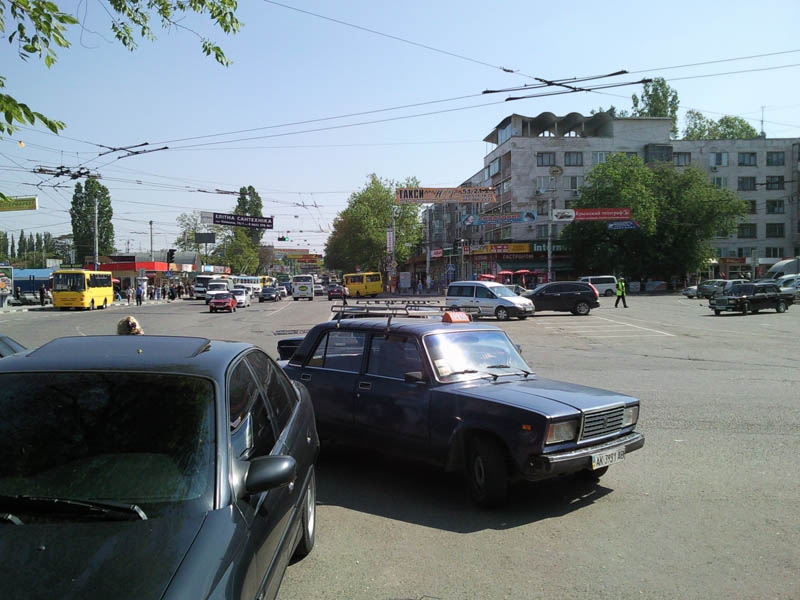 On arrival to Simferopol train station a few went off to book a hotel for the next coming night when we are returning to Simferopol. We also got a minibuss for everyone to go to Balaklava,

Another hazzle started in Balaklava when the ordinary hotel that is used on these tours didn’t have room for everyone so the group splitted on both sides of the small bay. I stayed just side-by-side with the sub-mountain – actually between the two entrances so behind me there was a hole in the mountain.A very nice small town with good food.In the evening I and Jon did a taxi trip as a pre-scout out to Object 221 to find it and check it out very quickly. This is what we found when we climbed the mountain. 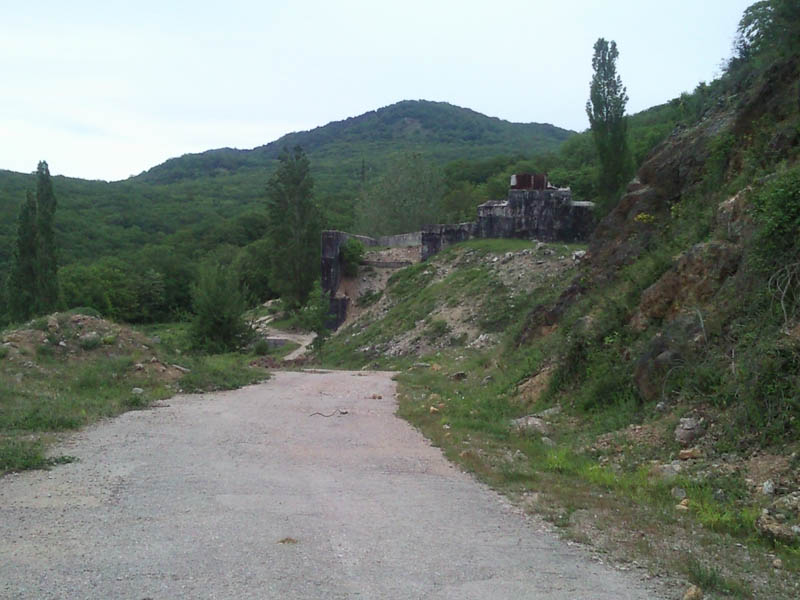 We entered the site via this entrance and then started to walk. After some 400 m we came to the start of the bunker and then we turned back and went out the same entrance tunnel. We had come across a very big system and wanted to explore it more tomorrow.16th MayMissions:* Get into object 221 outside Sevastopol.First off, after breakfast we climed a hill just ouside Balaklava for a old Soviet gun battery just on the cliffside to the black Sea. 4 gun emblacements interlinct with underground tunnel system and 2 more gun sites as isolated sites. A very good morning. 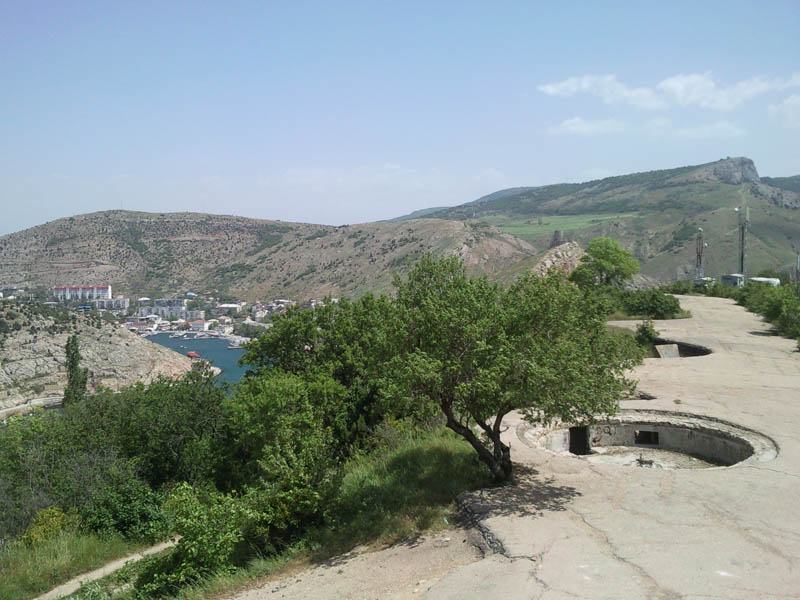 After lunch the whole gang borded the buss and headed for 221. As it was a mixed group with not only bunkerfreeks like me it was interesting to see how some changed from sceptic to enthusiasts after the visit. We explored the majority of the site but it is so huge it needs a full day. 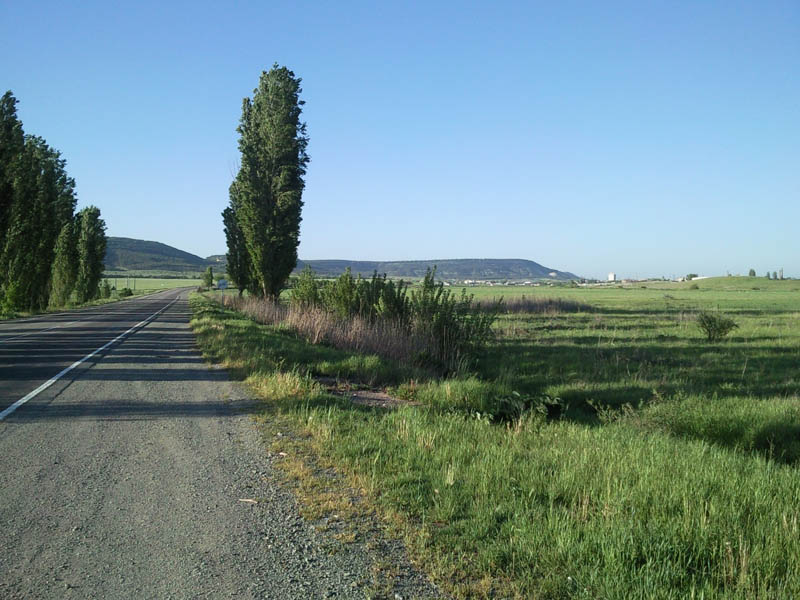 On the way back in the evening towards Simferopol.17th MayMissions:* Get up early to catch the plane back to Kiev. 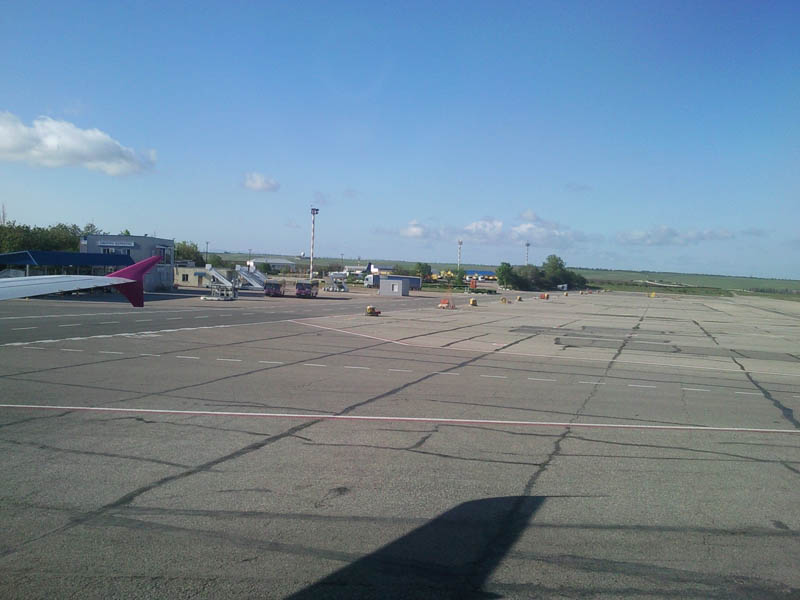 On the Wizz plane taxing out off Simferopol. This was a huge airport size-wize with the taxi area miles from the runway.After arrival at Kiev we splitted the group for the last time and I headed with a smaller group to a airmuseum at the old airport at Kiev. An amazing collection of old Russian planes, both civilian and military. 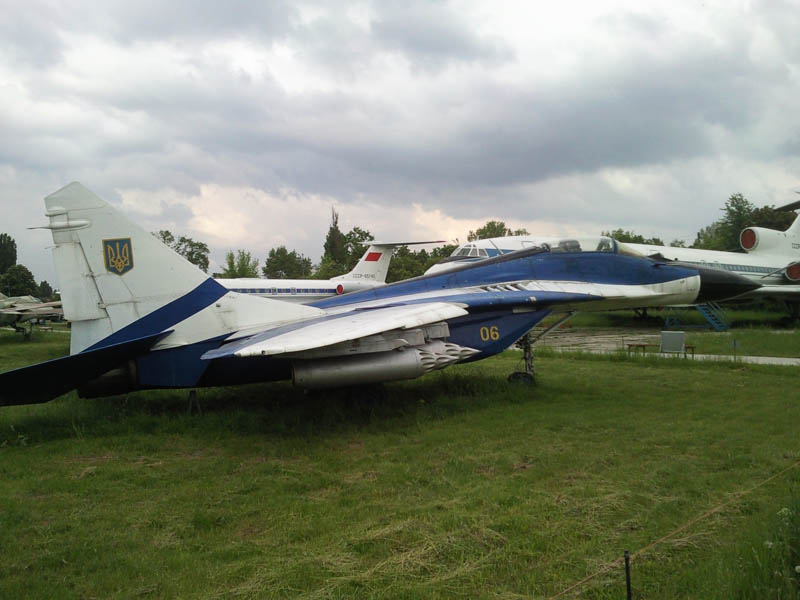